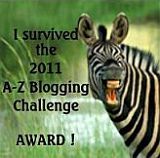 BTT: What's Sitting On Your Shelf

Okay - here was an interesting article by Christopher Schoppa in the Washington Post.

Avid readers know all too well how easy it is to acquire books - it's the letting go that's the difficult part. ...During the past 20 years, in which books have played a significant role in both my personal and professional lives, I've certainly had my fair share of them (and some might say several others' shares) in my library. Many were read and saved for posterity, others eventually, but still reluctantly, sent back out into the world.

But there is also a category of titles that I've clung to for years, as they survived numerous purges, frequent library donations and countless changes of residence. I've yet to read them, but am absolutely certain I will. And should. When, I'm not sure, as I'm constantly distracted by the recent, just published and soon to be published works.

So, the question is this: "What tomes are waiting patiently on your shelves?"

Gifts:
Catechism of the Catholic Church - An unexpected gift from a college classmate.
Slaves in the Family (Edward Ball) - from my aunt

Books purchased:
The Lord of the Rings and The Silmarillion (Tolkien) - I just can't get into them easily that it's a wonder I lasted through the Hobbit when I was so much younger.

There were actually more but they've already been moved to the box of books that need to be donated/sold.